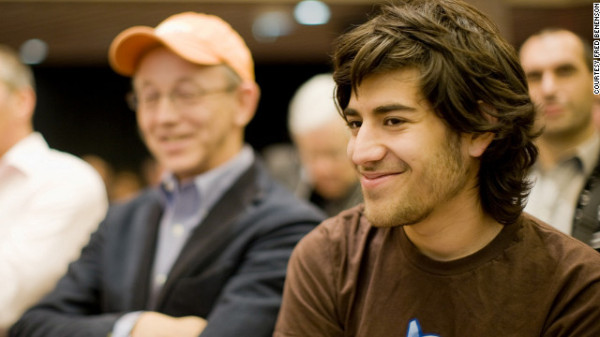 Aaron Swartz, a prodigious programmer, internet activist and Stanford drop-out, was found dead in his Brooklyn apartment this morning. He was 26.

Swartz’s involvement in the creation of RSS (at age fourteen) and Reddit earned him credibility within the technology community while his activism frequently drew the ire of authorities.

According to the Stanford Alumni Directory, Swartz enrolled at Stanford in 2004, joining the class of ’08, and he spent his Freshman year at Roble Hall, much of which was painstakingly detailed in his blog. Swartz’s blog is an exploration of the young man’s thoughts on technology, psychology, politics, and university life, about which he often wrote of frustration and dissatisfaction. He left Stanford at the end of his freshman year, claiming he was unfulfilled by his peers.

“It’s got some great professors and I certainly learned a bunch, but I didn’t find it a very intellectual atmosphere, since most of the other kids seemed profoundly unconcerned with their studies”, he wrote, in a later blog post.

As a part of Y-Combinator’s innaugural Summer Founders Program, he began work on his startup, Infogami, but later left that project to collaborate with the founders of Reddit, who were also in the Y-Combinator program. Reddit was eventually acquired by Conde Nast and after the acquisition Swartz felt unable to continue with Reddit, resigning in 2007.

His technology activism took many forms, including the creation of Demand Progress, an organization that campaigned for internet freedoms and involved itself in the protest against the SOPA/PIPA bills. However, in his fervor to realize his philosophy of genuinely free access to information, he often encountered troubles with the authorities.

In 2009 he was investigated by the FBI for the release of millions of US court documents from the Government’s Public Access to Court Electronic Records, or PACER. No charges were filed, but in 2011 he was indicted for illegally downloading and publishing almost 5 million JSTOR articles. At the time of his death, the charges against Swartz were pending, and may have carried the penalties of up to a million dollars and 35 years in prison.

“Aaron’s insatiable curiosity, creativity, and brilliance; his reflexive empathy and capacity for selfless, boundless love; his refusal to accept injustice as inevitable — these gifts made the world, and our lives, far brighter,” said Swartz’s partner and family, in their statement. “We’re grateful for our time with him, to those who loved him and stood with him, and to all of those who continue his work for a better world.”

His funeral will be held Tuesday at a synagogue in Highland Park, Illinois.