While high school students around the world anxiously await university admissions decisions, some applicants may have less cause for concern due to unique privileges gained from special connections with their schools of choice. According to former University admissions officers and college admissions experts, the difference made for those applicants—including legacies, children of faculty and development cases—may, in some cases, bridge the gap between acceptance and rejection.

Though Dean of Admissions Richard Shaw declined to comment on the issue, several prominent University figures, including President John Hennessy, have supported the preferences afforded to select applicants. 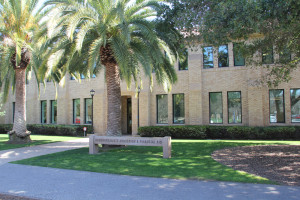 According to the charge for the Faculty Senate’s Committee on Undergraduate Admission and Financial Aid (C-UAFA), the Committee has the power to determine “the general criteria under which applicants may be given special consideration because of distinctive characteristics.”

The charge lists examples of these characteristics, including “applicants whose parents graduated from Stanford or are on the Stanford faculty or staff, those with highly developed specific talents, members of ethnic minorities, or others who lend a desirable diversity to the class.”

The charge also states that the Faculty Senate is responsible for deciding “the general extent of preference” given to applicants in these special categories.

Associate Professor of Music Mark Applebaum, chair of the C-UAFA, declined to comment on the decisions made by this year’s Faculty Senate regarding these preference.

This section of the charge has been a subject of controversy in the past, however. At a Faculty Senate meeting on Oct. 7, 2010, Professor of Computer Science Eric Roberts questioned whether or not the Committee should list the types of applicants that could receive special consideration.

“The idea was that these were things were in practice already and it was good to lay it out before the committee to carry that forward,” said David Palumbo-Liu, professor of comparative literature, at the meeting. “I take your point that by specifying it, you draw attention to it. On the other hand, it seems to be something the public is well aware of already.”

President John Hennessy weighed in, arguing that Stanford should set a precedent of determining its own admissions criteria based on the University’s needs.

“I think we will find ourselves, as will the rest of higher education, increasingly trying to protect our rights to decide who are the best students to come to Stanford, just as we did in the Michigan case with affirmative action,” Hennessey said at the meeting. “We need to protect our right to make that decision.”

“The one advantage to this list is it is ‘truth in lending,’ ” Cook said at the meeting. “I mean, this is what we do—admit legacies and people in all these categories.”

Though Stanford does not release statistics on the percentage of legacies in each incoming class, Daniel Golden, author of “The Price of Admission: How America’s Ruling Class Buys Its Way into Elite Colleges—and Who Gets Left Outside the Gates” estimated that this number fluctuates between 15 and 20 percent each year.

Golden, who conferred with sources in the Office of Undergraduate Admission while writing his book, said that the majority of accepted legacies would not have been admitted without the benefit of their legacy status.

“I would say a few of them would get in anyway because they’re remarkable students, some would be on the bubble and most of them would not get in,” Golden said, adding that even if the applicant’s parents do not give money to the University, “it still helps to be the child of an alum.”

Jon Reider ’67 Ph.D. ’83, who worked in the Office of Undergraduate Admissions from 1985 to 2000, agreed that legacies receive a significant boost in admissions. He estimated that legacy applicants are currently admitted to Stanford at more than twice the admit rate for non-legacy applicants.

A study conducted in 2011 by Michael Hurwitz, a researcher at the Harvard Graduate School of Education, also concluded that admission rates for legacies are much higher than for the general applicant pool. In his study, Hurwitz analyzed the impact of legacy preference on admissions using data from 30 selective colleges across the country.

After controlling for a variety of factors, including SAT scores, Hurwitz found that “primary legacies,” which he defined as the children of alumni who attended the college as an undergraduate, earned an advantage equivalent to a 45.1 percentage point increase in chance of admission.

“Although the admissions advantage received by legacy applicants may strike some readers as unacceptably large, I urge readers to consider that donations from alumni are increasingly important to the well-being of this paper’s sampled colleges,” Hurwitz concluded.

However, Richard Kahlenberg, senior fellow at The Century Foundation and editor of “Affirmative Action for the Rich: Legacy Preferences in College Admissions,” took issue with colleges factoring legacy preference into admissions decisions.

“Legacies, by definition, are the offspring of those who have already completed college, and if it’s an elite college, then the child has had all sorts of advantages already,” Kahlenberg said. “So to provide a preference to the already advantaged strikes me as compounding the inequalities that other students face.”

According to Kahlenberg, many colleges defend legacy preference by arguing that “alums are more likely to give donations if their kids are provided preferences,” though he claimed that this was untrue.

Golden agreed that universities would not suffer financially by eliminating legacy preference, and argued that colleges should feel confident that they can raise money without “promising admission.”

“They should be able to say, ‘Look, we have this great program that will save the world, please contribute to it,’ or look to alumni and say, ‘Please contribute because you had a wonderful time here,’” Golden said.

Both Golden and Kahlenberg said that they thought Stanford would never “willingly give up legacy preference,” but agreed that the Supreme Court’s decision in the case of Fisher v. Texas could motivate a change in policy.

Though the decision that affirmative action is unconstitutional will only apply to public universities, Kahlenberg said that it might also apply to a civil rights statute that private schools have to abide by in order to receive federal funding.

The weight of money

While legacies may receive a significant boost in the admissions process, Golden said that “development cases,” a term that refers to the children of important donors or potential donors, receive an even more substantial advantage.

Golden said that wealthy parents sometimes use private counselors with contacts in admissions offices to indicate that they are likely to donate large sums of money if their child is admitted.

“There’s not an explicit quid pro quo—they don’t say ‘We’ll give you five million dollars if you let our son in’—but there is kind of an implicit understanding,” Golden said.

According to Bev Taylor, president and founder of the college consulting business The Ivy Coach, both legacies and development cases benefit from the fact that admissions offices will look for reasons to accept them.

Taylor said that in many cases where a student has a special connection to the University, colleges look to protect their endowments by admitting applicants who would otherwise not gain admission.

“Whether it’s legacy or development or children of faculty, it’s the family that’s responsible for the endowment, so the college feels obligated to that pay back,” Taylor said.

Both Golden and Reider referenced Margaret Bass ’02 as an example of a classic development case. Bass is the daughter of Robert Bass MBA ’74, who was the chair of the University’s Board of Trustees from 1996-2000 and donated $25 million to Stanford in 1991 and $50 million to the Graduate School of Business in 2005.

According to an article by Golden published in the Wall Street Journal, Bass was ranked 40th in her class of 79 at Groton High School. Out of the nine students from Groton that applied to Stanford that year, she was the only one accepted, though she had the second lowest SAT score of the Groton applicant group.

Her SAT score of 1220, out of 1600, was significantly lower than that of the typical Stanford student. When Bass applied in 1998, 75 percent of incoming freshmen had an SAT score of at least 1360.

“She was admitted because of her last name, and because the family was a big, big donor to Stanford,” Reider said.

In his article, Golden quoted Robin Mamlet, former Dean of Undergraduate Admission as saying that she “will certainly factor in a history of very significant giving to Stanford” when making admissions decisions.

Mamlet also said that the Office of Development gave her a list of applicants who were children of significant donors, which Reider said is not unusual. According to Reider, the admissions office is presented with this list every year, which includes not only children of large donors but also the children of people who are “important to the University.”

Although Reider could not give a specific number for how much money an applicant’s parents would have to donate for the applicant to be considered a development case, a July 2012 Palo Alto Patch article identified a $500,000 threshold, citing two anonymous sources connected to Stanford’s admissions process.

“Influential professors can further leverage their influence to gain their student’s admission by threatening to move valuable research funding to another university,” said Irena Smith, a former Stanford admissions officer, to The Palo Alto Patch. “If it is well-known that a faculty member gets angry, he will go elsewhere, then that’s something that is considered.”

Swart said that children of faculty members also benefit from having a “direct line to the Dean’s office,” as faculty are able to “get in direct touch with senior admissions officers to lobby on their children’s behalf.”

Golden said that in other types of special cases, some applicants, such as children of politicians or celebrities, also get a “substantial boost” in the admissions process.

According to Golden, admissions officers will go to what they consider the “lowest limit”—that a student will be able to graduate—for a select few candidates.

“They’ll go that far for a top athlete or a child of a big donor or somebody who’s politically important,” Golden said. “They’ll go quite a ways.”

Reider noted that a student could get a boost in the admissions process simply by being associated with a prominent figure in the University. Reider referenced an applicant who was in the middle of his high school class but was admitted because he was the nephew of a dean of one of the graduate schools.

“He wasn’t a faculty child or a legacy. To me it was a slam dunk that you don’t take him,” Reider said. “But the Dean [of Admissions] said, ‘It’s probably good to have friends in the graduate schools.’”

Taylor said that she has seen several of her clients gain admission to top schools like Duke and Stanford because they benefited from the preferential treatment afforded to what she called “celebrity kids.”

One of Taylor’s clients, the crown prince to “a significant country,” was admitted to Stanford with a relatively low GPA and test scores. According to Taylor, there was “absolutely no way” he would have been admitted if he hadn’t been an important political figure.

“Maybe one day he’ll come and give a commencement address,” Taylor said. “It’s not always about the money, it’s about who these kids are, what they will contribute in life and how proud the school will be to say that this kid was educated at Stanford.”