Ever since most undergrads left campus several weeks ago, a few other students and I have been recreating the campus on a Minecraft server. Even while sheltering in place at home, I’ve come to appreciate Stanford’s campus much more through the process of building everything block by block.

The building process is half automated and half built by hand. We created a base for the world by overlaying satellite imagery on height data from a U.S. Geological Survey LiDAR scan of campus, which gives us the rough shape and color of buildings, trees and the rest of the landscape. We then built upon that base to create refined versions of the buildings with facades, interiors and windows.

The project has made me appreciate numerous aspects of campus—among them the sheer scale of Stanford, especially compared to other universities. It’s made me pay more attention to the floor tiles, bushes, access ramps, recycling cans and other mundane features of the landscape that I’d normally pass by unknowingly.

It’s made me realize how quickly the campus changes. For example, since our height data is from 2006, the entire inner Engineering Quad is missing from our auto-generated base map.

It’s made me appreciate just how crucial the people, sounds, smells and physical sensations (all absent in Minecraft) are to the familiar sense of place I feel on campus.

And it’s made me think more about the University’s history in terms of its physical presence: its location on colonized land, its architectural influences ranging from non-sectarianism to earthquake safety considerations, its contribution to the development of Palo Alto and Silicon Valley more broadly.

Our hope is that the project allows the Stanford community to recreate a familiar space from afar and inspires greater appreciation of and critical thinking about the land, architecture, landscaping and built environment of Stanford. 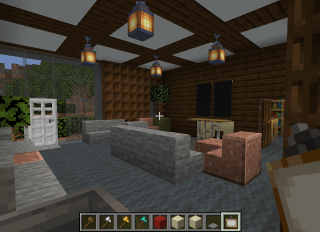 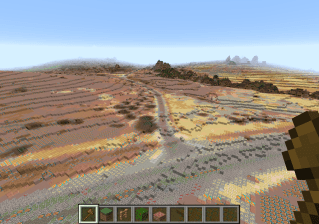 The Dish
The Dish (Photo: MICHAEL BYUN / The Stanford Daily) 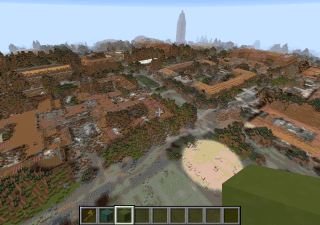 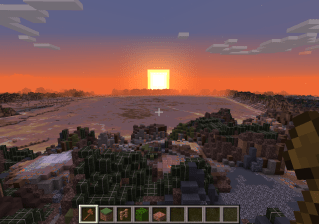 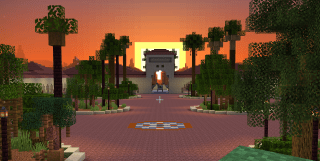 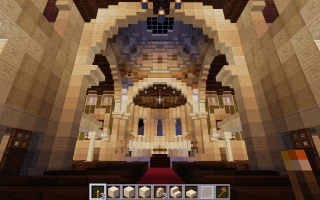 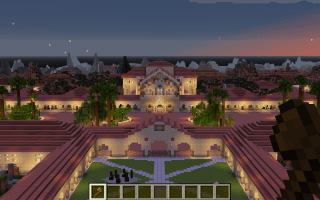 The Oval
The Oval at twilight (Photo: MICHAEL BYUN / The Stanford Daily) 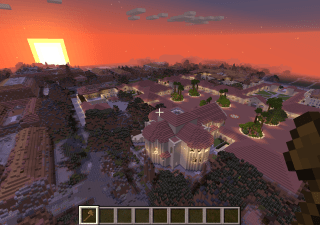 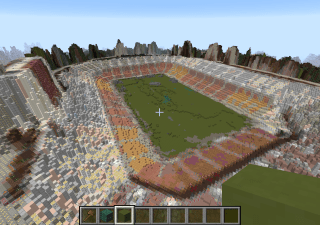 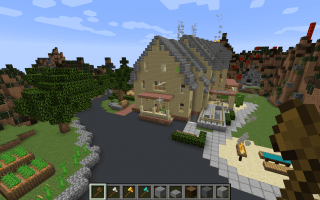 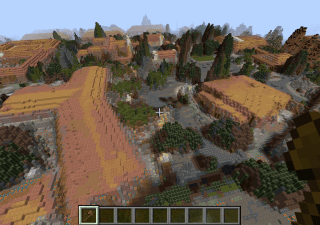 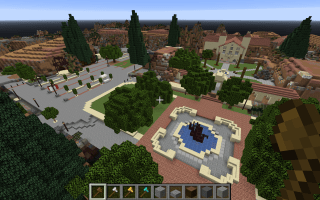