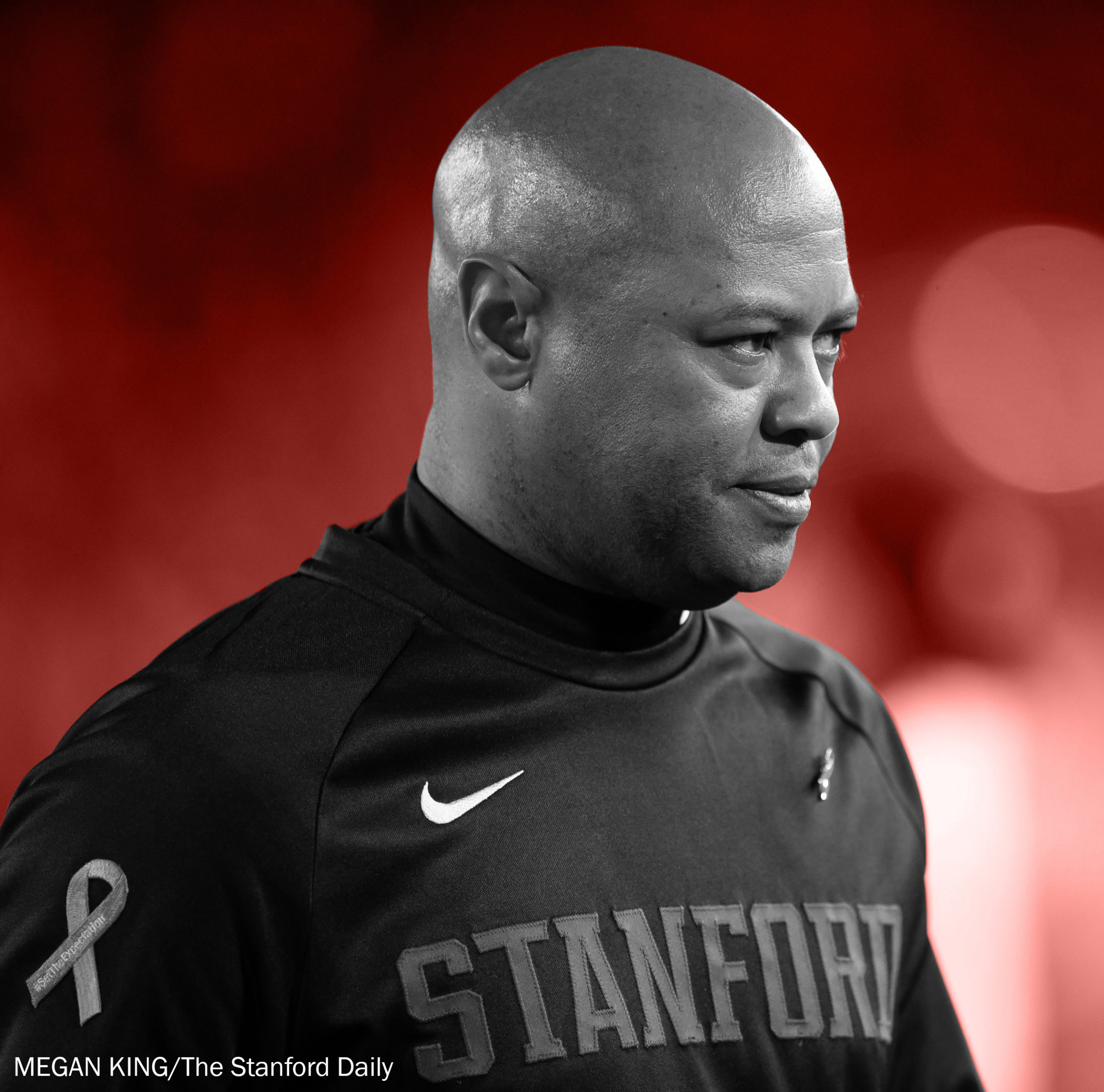 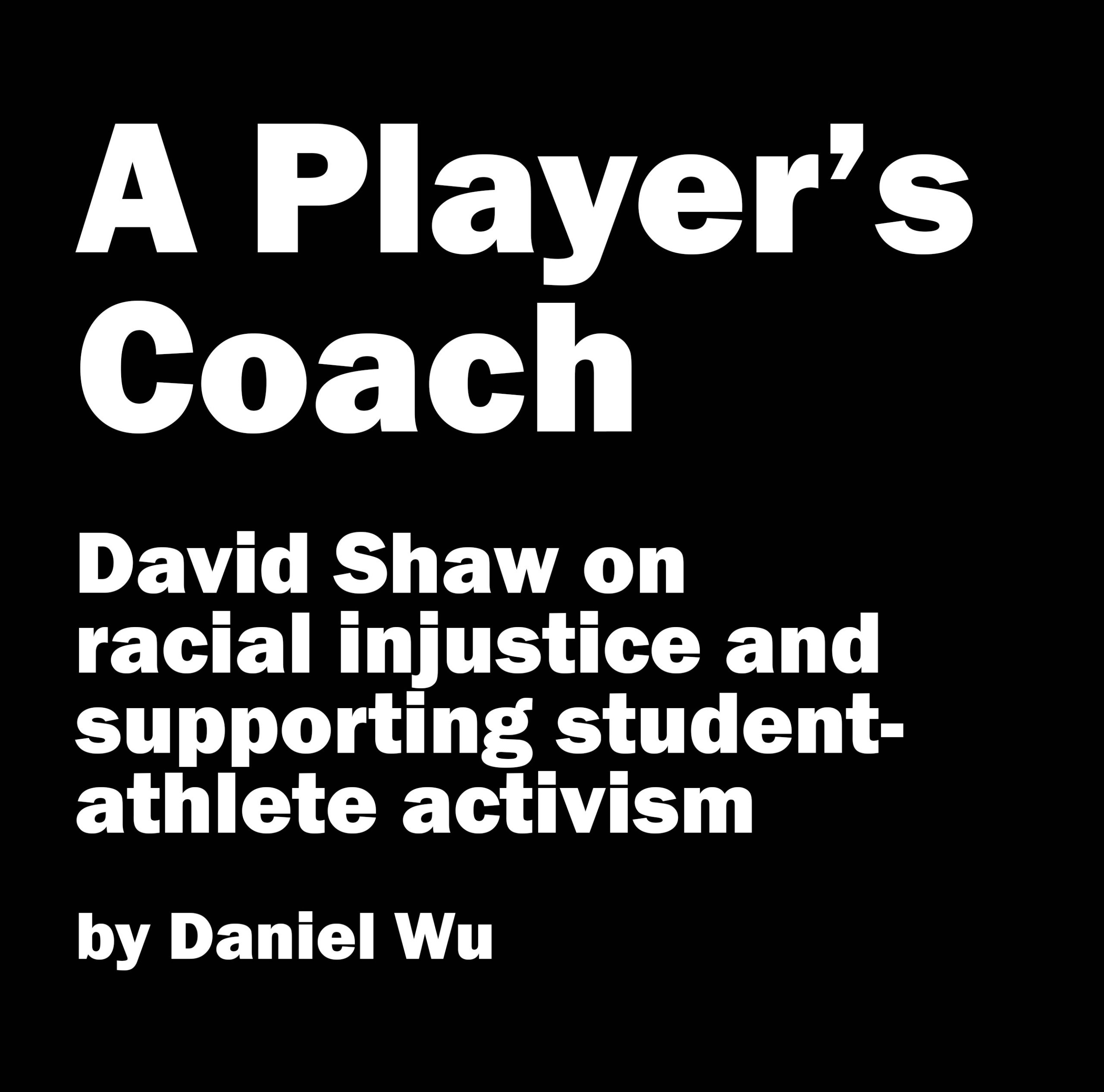 On the gridiron, Stanford head coach David Shaw is infamously resistant to change. He plays a bruising brand of football built on the power run — stubborn, methodical, old-school.

Off the field, however, Shaw feels like a man of the moment at a turning point for college athletics. When student-athletes seized on the power of their platforms over a turbulent summer, threatening boycotts, confronting their programs and calling for racial justice, player compensation and better coronavirus precautions, Stanford’s players were among the most vocal.

Shaw has ably navigated the challenge of leading — and holding the trust of — a team of players eager to protest and advocate more actively than ever before. Team culture, that fabled commodity sold by coaches to recruits and sportswriters, can often be hard to judge. But Shaw might be building the right one in Palo Alto for the time: one that sees opportunity, not opposition, in the activism of student-athletes.

“I’ve always viewed my role as mentor, more so than just as a football coach,” Shaw said in an interview with The Daily.

It starts with empathy. Shaw was candid about his own reaction to a summer marked by racial injustice and police violence.

It’s a reality that Shaw says he wasn’t shielded from in childhood either. Shaw’s father, Willie Shaw, was one of only a handful of Black coaches working in the NFL in the 80s. Shaw grew up a coach’s kid, moving across the country during Willie’s long career as defensive coordinator for various college and professional teams — and “seeing that racism is everywhere.” A late night traffic stop on the way home from a friend’s house in high school sticks in Shaw’s memory.

“I’ve never gotten a speeding ticket in my life,” Shaw said. “I was in a neighborhood that [the officer] wasn’t sure if I should be in … and he pulled me over. After he left, I sat there for a little while. It’s one of those things that just slaps you in the face … I didn’t do anything wrong, yet still I’m afraid, I’m nervous and I’m anxious thinking something bad’s going to happen to me.”

Today, he repeats what he says he learned from those experiences with a head coach’s demeanor.

“I was taught … to be proactive,” Shaw said. “To do what I believe is right and to surround myself with people that do what is right.”

Shaw wasn’t able to surround himself with almost anybody for much of this year. COVID-19 shuttered campus in March, interrupting Stanford football’s spring training and scattering the team back to homes across the country.

As a result, he wasn’t together with his players on the field or in the locker room in the spring, when the killing of George Floyd sparked a national outcry against police violence and racial injustice that was quickly joined by the country’s professional and collegiate athletes. But as Stanford players took to social media and the streets to join the protest, Shaw stayed closely in touch with his team.

“We’ve had so many guys that were involved,” Shaw said. “And I love the fact that these guys reached out to me and said, ‘Coach, what do you think about this?’”

Shaw connected with his players not only to check up or offer advice, but just to talk — about racial injustice, working with institutions like the NCAA, and anything on their minds. The conversations Stanford players described having with him speak to a mutual respect between Shaw and his team that extends far beyond football.

“He was always available at any hour to call and talk,” said fifth-year cornerback Treyjohn Butler. “He wanted us to protect ourselves, those of us that were protesting [on the] frontline out there … also exchanging with us and sharing his sentiments on what would be the proper thing to say or what you might need to read.”

“He’s a coach, I’m a player, he has different roles in organizations than I do, so I glean a lot of  knowledge from him that I’m grateful for,” said junior defensive end Thomas Booker. “He gives me pointers where he can about things that I can do, or boundaries and stuff like that. It’s more of a conversation intellectually about what’s going on, versus a check in with ‘How can I do this? What should I be doing?’”

It was a far cry from the headlines that emerged over the summer of a confrontation between Oklahoma State running back Chubba Hubbard and head coach Mike Gundy, after which the two appeared in an awkward video to exchange stiff non-apologies, and players from TCU calling out their coach Gary Patterson for using the N-word.

As one of only 14 Black head coaches in the FBS, Shaw obviously brings a vitally different perspective to his team and their activism. His players also point to his character. Except in the most heated moments in the fourth quarter, Shaw cuts a quiet and measured figure. It belies a patience and sensibility that’s helped him connect with his team.

“He’s willing to listen to you and take things from you, and then impart whatever he feels,” Booker said. “There’s sometimes situations where the coach is always looked at as the superior, and the conversations are had from that dynamic. I don’t think that’s the case with Coach Shaw.”

If he does have advice to share, Shaw has stressed repeatedly that he’s not here to tell his players what to say.

“I wanted to show them how to use their platform and provide them that opportunity,” he said. “And I didn’t want to give them words to use because I wanted them to use their own words and come up with ways to engage.”

“I think he has a lot of confidence that his players can make some pretty accurate takes on these things,” Booker said. “That’s why he gives us the free rein to do that.”

That rein extends pretty far. In August, Shaw watched Stanford players assume central roles in emergence of the #WeAreUnited, a Pac-12 players’ movement. It was by far the biggest mobilization over a summer of student-athlete activism: Football players across the conference threatened to boycott the season and released a broad and ambitious set of demands that grouped calls for racial justice and better coronavirus protections with longstanding college athletics controversies like revenue sharing and name, image and likeness laws.

Some of Shaw’s peers in the conference seemed blindsided. Divisional foe Nick Rolovich found his Washington State program embroiled in controversy just a few days after #WeAreUnited released its statement, when a terse phone call led a Cougar player to allege that Rolovich threatened his spot on the team after learning he was part of the movement.

There was no such tension in Palo Alto. Stanford’s Butler, along with former Cardinal defensive end Dylan Boles, played leading roles in #WeAreUnited as organizers and media contacts. Many more Cardinal players, including Elijah Higgins and current team captain Connor Wedington, tweeted their support. And they all trusted Shaw enough to discuss the movement with him along the way.

“There’s so many people, just because you see Pac-12 United, [who] think there has to be a division between players and coaches,” Shaw said. “And in our case, there wasn’t.”

Shaw, characteristically reserved, didn’t comment on #WeAreUnited’s more ambitious demands like revenue sharing. But he is thinking ahead. He’s never been shy, in particular, to air his support for laws that would allow student-athletes to profit off their names, images and likenesses.

After a summer of speaking up, there might be real momentum for Stanford’s players going forward. On Aug. 12, Senator Cory Booker ’91 — a former Stanford tight end — met with players from #WeAreUnited and announced plans to introduce a “College Athletes Bill of Rights” in Congress that would allow college athletes to monetize their name and image. Butler is excited to continue growing the #WeAreUnited platform and the network of college athletes that’s emerged from it. At Stanford, Booker helped form CardinalBLCK, a community to support Stanford’s Black student-athletes.

Perhaps most importantly, Shaw observes, the precedent has been set for student-athletes to use their influence and speak out as advocates for racial justice to a wide audience. It’s a platform Stanford’s players don’t plan on relinquishing.

“I don’t think that’s happened [for] college athletes really before,” Booker said. “I think that the norm and the standard has shifted to where people feel as though they can really stand on those political topics — and things that aren’t even political, you know, just human rights — and say those things publicly.”

Shaw also thinks that going forward, the opportunities for his players to speak out will only grow.

If that’s so, college football will need more coaches like Shaw: eager to meet the energy and activism of an empowered class of student-athletes and use his experience to help push it further.

After all the disruptions of a taxing summer, and as the kickoff of a subdued 2020 season finally approaches with little certainty ahead, it’s something Shaw can still be sure of.

Coaching student-athletes today means a lot more than football, and the role Shaw intends to play for his team isn’t changing anytime soon.

“I think our student-athletes come to Stanford to be leaders,” Shaw said. “I think they come to us to learn, and use Stanford as a platform to launch into wherever they want to go beyond that. That’s what I think Stanford’s here for and I’ll continue to guide that process, as I have done for 14 years.”