Football Defense Preview: Who will step up from a young squad? 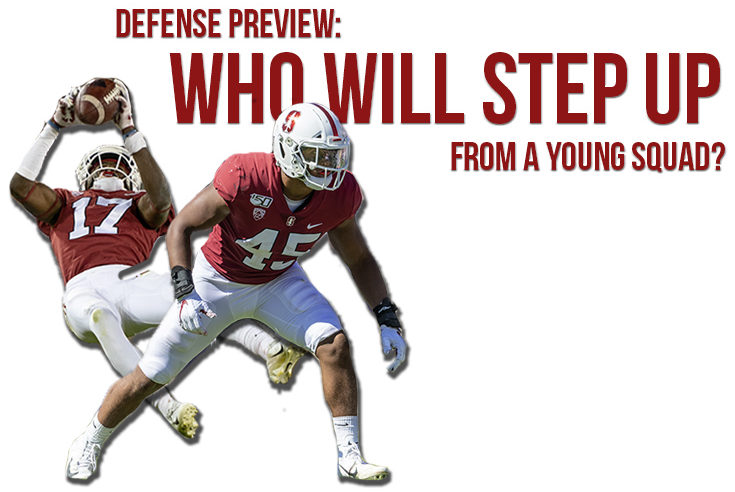 2019 was a year to forget for Stanford’s defense. The Cardinal were gashed to the tune of 430 yards per game and gave up over 40 points each in blowout losses to USC, UCF, Washington State and Notre Dame. In the offseason, an already lackluster pass rush lost two starters on the defensive line when defensive ends Mike Williams ’20 and Jovan Swann ’20 hit the transfer portal. To twist the knife, All-American cornerback Paulson Adebo opted out of the 2020 season to prepare for the NFL draft.

That’s sobering news this season for head coach David Shaw and defensive coordinator Lance Anderson, who once fielded a bruising defensive unit that coined the slogan “Party in the Backfield.”

Thankfully, Stanford’s defense will probably not need to be perfect in 2020, if senior quarterback Davis Mills and his overflowing receiving corps can perform as advertised. But they’ll still need to step up their game, even as the unit replaces a bevy of experienced veterans with underclassmen.

It can happen. The Cardinal still has experienced leaders in every phase of the defense and a young group of linebackers and defensive backs that are primed for breakout performances. But they’ll need to get up to speed, fast.

That improvement needs to start up front with a defensive line that struggled to produce consistent pressure in 2019. The group will be headlined this year by junior and team captain Thomas Booker at defensive end, who tallied four sacks and 8.5 tackles for loss in a promising sophomore season. Fifth-year Thomas Schaffer and senior Dalyn Wade-Perry will start at defensive end and tackle, potentially positioned to leverage their experience into breakout performances in their first years as starters. Depth will be provided by senior Ryan Johnson and redshirt freshman Joshua Pakola.

“We don’t have a lot of experience on our defensive line,” Shaw said in a press conference in October. “We’ve had a couple of older guys that haven’t played a lot of football and a couple of younger guys who are talented but haven’t played college football yet. So now we’ve got an opportunity to see what those guys are made of.” 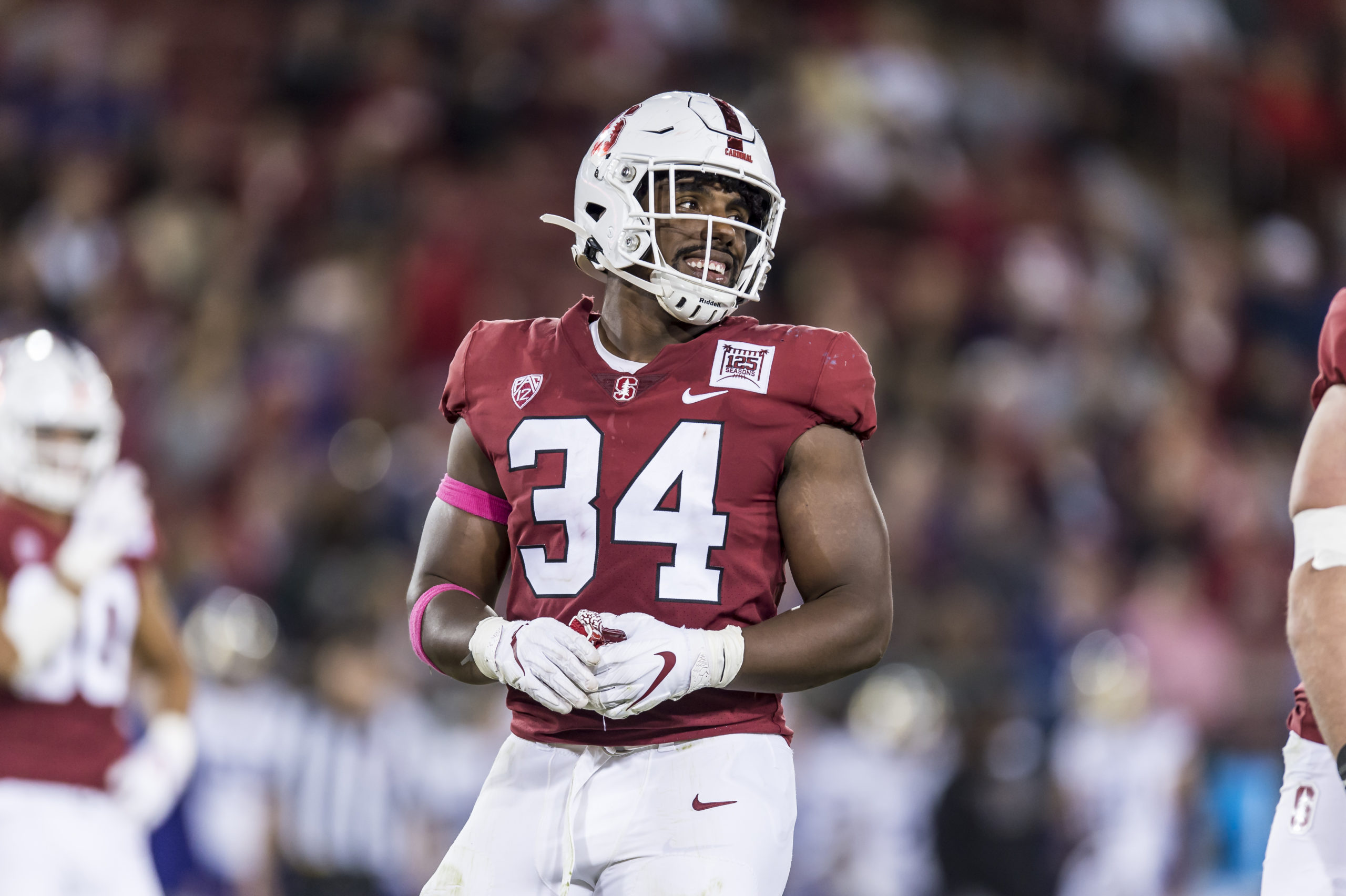 Junior Thomas Booker turned in a breakout season in 2019, and he’s ready for more. The defensive end posted 50 tackles, 8.5 tackles for loss, three pass breakups and a forced fumble in 2019, and he’s the Cardinal’s leading returner in sacks. Stanford’s defensive line has been maligned of late and performed inconsistently last season. The team struggled to affect several explosive quarterbacks at USC and UCF that torched the Cardinal through the air but was able to contain Pac-12 superstar Justin Herbert and smother Washington in a Top-25 upset. If the Cardinal is to find stability up front this year, it’ll be via Booker and the experience he’s gained heading into his junior year.

“I think specifically, when you have guys that are older … we understand the defense so well at this point,” Booker said. “It’s not a question of like, ‘Am I where I need to be?’ It’s about execution, and it’s about getting up and playing aggressive … When you’ve been in the system for longer, you have more confidence … you can really focus on being quick twitch, and letting your instincts take hold.”

Stanford’s linebacker corps faces the tall challenge of replacing Casey Toohill ’19, who led the team in sacks and tackles-for-loss in an All-Pac-12 performance in 2019 as a fifth-year. At outside linebacker, the Cardinal return starting talent in fifth-year Jordan Fox and senior Gabe Reid. Fox, who scooped up a fumble recovery to clinch the season opener against Northwestern last year, will be hoping for a comeback after being sidelined by injury for most of the 2019 season. Anderson is high on his depth at the position — redshirt freshman Stephen Herron, redshirt sophomore Andres Fox and senior Thunder Keck, newly promoted to scholarship, flashed in camp but have yet to log significant playing time.

2020 was primed to be a triumphant return for the Cardinal’s inside linebackers after Stanford lost highly-touted sophomores Ricky Miezan and Jacob Mangum-Farrar to season-ending injuries at the beginning of the 2019 season. Miezan is back, but Mangum-Farrar and redshirt sophomore Tristan Sinclar suffered another round of season-ending injuries in training which severely strains the Cardinal’s depth at an inexperienced position. Anderson will look to fifth-year and team captain Curtis Robinson, one of the few returners that started every game last season, to anchor the unit.

“I think he’s playing at a high level,” Anderson said of Robinson, who tallied 64 tackles, two sacks and three pass break-ups in 2019. “He has so many physical tools. He’s really good in coverage and… as a blitzer, whether he gets an offensive lineman or he gets a back in protection, he has the ability to win there — so he’s very versatile.”

Without Adebo, the Cardinal’s cornerback position is one of the team’s biggest unknowns heading into the 2020 season. The position has potential, but filled with unproven talent who have yet to be tested on the biggest stage. Adebo’s loss, coupled with sophomore Nicholas Toomer’s season-ending injury, means Stanford needs someone to step up and excel in a starting role.

“Looking at the way Kyu Kelly finished his freshman year and the work he’s put in this offseason, I thought [with Paulson Adebo] we may have the best corner duo in America,” Coach Shaw said. “The competition on that other side has been real.”

Junior Ethan Bonner and sophomore Kyu Blu Kelly are the starters entering the season. Kelly saw the most playing time of any returning cornerback last season, finishing with 35 tackles and an interception in 12 games. Although Bonner has not seen the field since his freshman year, Stanford is an unblemished 4-0 in games he’s played. Stanford’s depth will be tested at corner as well: Kelly is currently hurt and is not expected to take the field for the season opener at Oregon. Sophomore Salim Turner-Muhammad, who has yet to play a snap in Cardinal red, is expected to fill his spot on defense.

Fifth-year Treyjohn Butler, junior Donjae Logan, sophomore Zahran Manley and freshmen Brandon Jones and Omari Porter round out the rest of the Cardinal depth chart at cornerback. None have seen consistent playing time — but in a season as unpredictable as this one, any and all could be called on at some point in 2020. 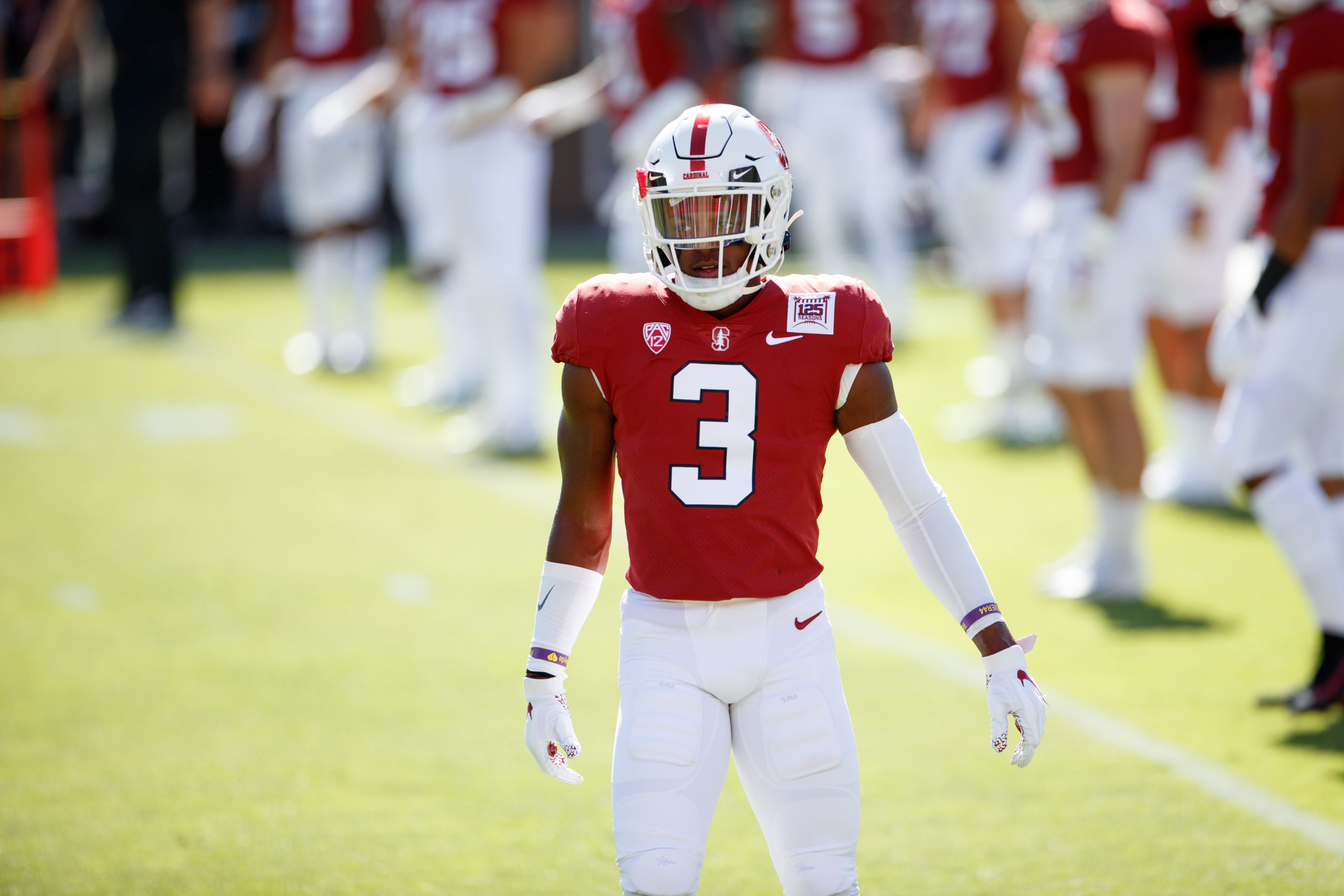 Fifth-year and two-time team captain Malik Antoine earned a unique distinction from defensive coordinator Lance Anderson in a preseason press conference this year: “He’s really smart,” Anderson said. “I mean, he could coach most of the positions in this defense at this point.”

It speaks to the unique role Antoine plays as one of the few veterans on the Stanford roster. He’s an established leader for the Cardinal defense, and coaches have praised his football IQ and his role making calls for the rest of the secondary. That will be invaluable this season as the Cardinal fields a young squad after a shortened offseason disrupted by coronavirus.

“It’s exciting,” Antoine said in October about gelling with a new lineup of players. “I think right now as a group we’re ahead of schedule. Just from practice today, you’re hearing guys echo calls. You’re hearing guys make calls on the front end that we kind of didn’t see at the beginning of camp last year.”


Stanford has struggled to produce at the safety position in recent years but receives a boost in the return of fifth-year veteran and team captain Malik Antoine at free safety. Junior Kendall Williamson will play opposite him at strong safety. Upside could come from the development of sophomore Jonathan McGill, who earned Stanford’s Outstanding Freshman Award after racking up three pass breakups, an interception and a fumble recovery as a true freshman in 2019.

There are common themes across all of Stanford’s positions at defense: youth and inexperience, but also potential. The Cardinal returns just enough experience in veterans Antoine, Robinson and Booker to provide leadership and stability in all phases of the defense — but Stanford will need new playmakers to step up and join them if they want to compete in the Pac-12 North. Shaw and Anderson seem bullish, and there were enough sparks of brilliance even in a disappointing 2019 season to warrant optimism. Look for Kelly and Meizan to lead the next generation of the Stanford defense into the spotlight against a tough, but beatable, slate of offenses this year.

Daniel Wu '21 is a Senior Staff Writer for News and Staff Writer for Sports. Contact him at dwu21 'at' stanford.eduJeremy Rubin was the Vol. 260 Executive Editor for Print and Sports Editor in Vol. 258 and 259. A junior from New York City, he studies Human Biology and enjoys long walks, good podcasts and all things Yankees baseball-related. Contact him at jrubin 'at' stanforddaily.com.