Stanford Arts’ Camera As Witness Power of Empathy summer series, which ran in July and August, featured four films: “Unseen Enemy,” “Power To Heal,” “Serendipity” and “Seed.”  The Camera As Witness (CAW) program was “conceived to leverage the appeal of visual information and utilize the medium of documentary film as a year-round educational tool about a number of topics and disciplines at Stanford, ranging from international relations to the environment, from energy policy to human rights,” according to the Stanford Arts website.

CAW was founded by Stanford lecturer Jasmina Bojic and is closely tied to the United Nations Association Film Festival (UNAFF). CAW films are chosen from among those featured in previous UNAFF film festivals, and that selection process is influenced by each film’s relation to current pressing issues. Sam Kargilis ’19, a UNAFF program manager, said their team chooses “films that would resonate with audiences during this time period.” CAW’s commitment to relevance is clear in this year’s summer series, which covers themes such as global health and systemic racism. 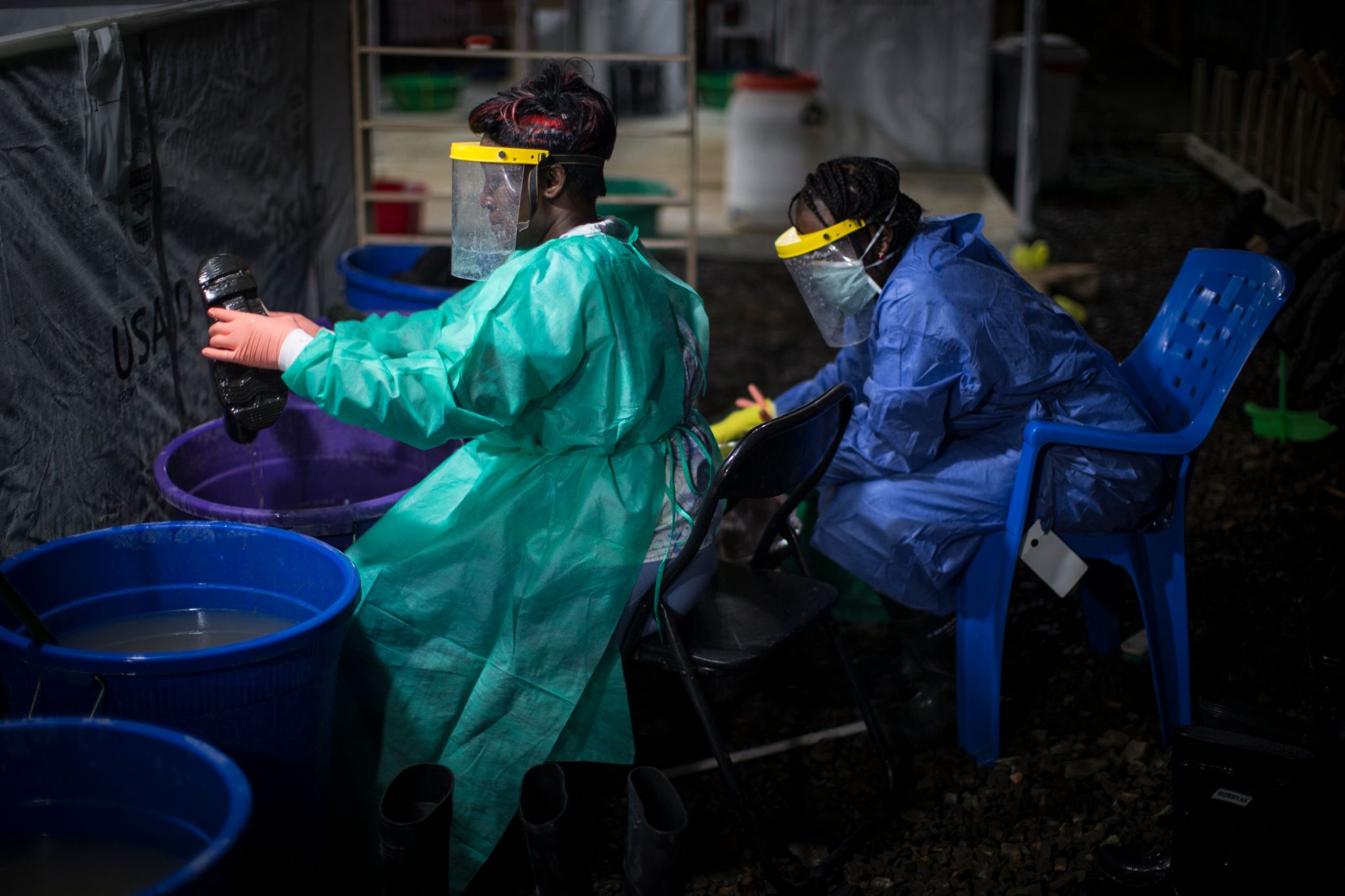 The first featured film, the documentary “Unseen Enemy,” covers the threat of epidemics in the 21st century. Janet Tobias, the film’s director, first came up with the idea in 2012.

The documentary explores previous global health threats through touching stories. Viewers learn about Soka Moses, a recently graduated medical student pushed onto the frontlines of the Ebola epidemic simply because he was the only one available; João Guilherme, a baby born with microcephaly because his mother contacted the Zika virus while pregnant and Shannon Zwanziger, a 17-year-old who lost her life to a local influenza outbreak.

The issues that “Unseen Enemy” tackles become especially pressing in light of the current COVID-19 pandemic.

“We started with the idea that we wanted to look at what happened in the past and what could happen in the future,” Tobias said. “We never thought it was going to be a film really very much about the present.”

“In ‘Unseen Enemy’, we talked about the economic fallout, and the social fallout, and the level of what panic produces in societies … all of that played out in COVID-19,” Tobias added. “The rumors, the panic, the sort of rage and wanting to blame people.”

Tobias is still engaged in the topic of global health. After filming Unseen Enemy, she went on to create the Global Health Reporting Center.

“We really felt there was a need for a global health reporting center that could report on both American and global health issues, and also try and reach in innovative storytelling ways a younger audience,” she said of the endeavor.

Tobias is also currently working on a film about Dr. Anthony Fauci, coming to theaters in the fall.

“Because people remember stories, we are really committed to continuing this work in interesting, fun, thoughtful ways,” she said.

Power To Heal: Medicare And The Civil Rights Revolution

“Power To Heal: Medicare And The Civil Rights Revolution,” a film about Medicare’s role in the desegregation of healthcare, was screened next. When the producer Barbara Berney first learned about the history of hospital desegregation, she couldn’t believe that it hadn’t been talked about more.

“I had been in public health for decades, and in civil rights for even longer than that,” Berney said. “And this was a story that was totally unfamiliar to me.”

“Power To Heal” uncovers how the federal government, along with hospital staff and activists, dissolved the Jim Crow hospital system by leveraging Medicare funding.

“Those who fought that struggle — doctors, dentists, nurses, civil rights activists — were always looking for the next opportunity to get greater equity and greater access to medical care, so they were ready and seized the opportunity that Medicare presented,” Berney said.

Through watching the documentary, Berney “wanted viewers to know the history of hospital desegregation and the role of medicare.”

“It is very important that viewers know that desegregation was a long struggle, and a national one,” Berney added.

Berney also hopes that viewers are inspired to take action.

“In addition to people understanding this little-known history, the goal of the film is to start conversations about what we can all do now to further the agenda of greater health care equity and access,” she said.

The message of the film has also been crystallized by recent events.

“The pandemic shows us that we have not come far enough and that we have to organize and act now,” she added.

The next documentary, “Serendipity,” follows artist and “Serendipity” director-producer Prune Nourry through her battle with breast cancer and explores the connections between her health and her art. In an interview with BUILD series, Nourry said, “This movie was a way finally to show the strange links between all the past projects I had done and what I was going through.”

Nourry’s artwork was centered around female fertility long before her diagnosis. The first project she shares in the documentary is “Procreative Dinner,” an immersive dining experience where each course matches a step of assisted procreation. She created the performance seven years before her diagnosis, not knowing her future cancer would require her to freeze her eggs and potentially follow the same steps she represented in her courses.

Nourry named the film after her serendipitous feelings when looking back at her previous work.

“I watched all these past projects, all these archives, images, through the filter of serendipity,” she said. “Realizing that it was like a code. Like something was meant to be here.”

“Serendipity” also documents how Nourry’s cancer gave her work a new meaning. The documentary culminates in her creation of “Catharsis,” a four-meter concrete sculpture of a woman half-covered by incense sticks. Nourry later lit the incense sticks during a public performance as a “symbol of renewed trust in life and sense of community and ritual.” She also dedicated the project to “all Women Warriors who are embarked on the journey of illness.”

The series concluded with a screening of “Seed: The Untold Story,” a film about the world’s waning seed diversity and the ongoing fight against biotech chemical companies for control of seeds. In a directors’ statement, director-producers Jon Betz and Taggart Siegel wrote, “SEED: The Untold Story began with an article in National Geographic [which] reported that up to 96% of the vegetable seeds available in 1903 have disappeared. Within moments we knew that was our next film.”

Betz and Siegel also focused on including Native American communities in the film.

“There’s a cultural appropriation of seeds by companies that source seeds in certain areas and then re-label them, or even use the Native American imagery to sell them in sort of a stereotypical way,” Betz said. “The Native American community has been super active around their seed ancestry, so there’s issues related not just to global food supply, but actually cultural identity.”

“There’s so many ways that people can get involved in this landscape, and we just wanted people to get excited to take that next step,” Betz said.

The next Camera As Witness event will take place later this fall. More information is available at UNAFF’s website.

Thea Dai is a high schooler writing as part of The Daily’s Summer Journalism Workshop. Contact them at workshop 'at' stanforddaily.com.