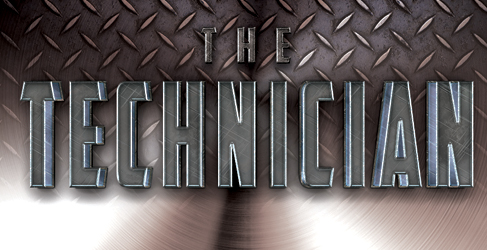 This is the first piece of a three-part feature on Shannon Turley, the sports performance coordinator entering his seventh season with Stanford football. Part I focuses on the team’s attitude, performance and culture change under Turley’s guidance. Stay tuned for Part II, which will be published on Wednesday.

I’m not totally dumbstruck by Shannon Turley, but I probably should be.

The Cardinal football strength coach, now in his seventh year in the program, has been widely credited for his role in Stanford’s rise as a football program: the whiz behind the Cardinal’s growing assembly line of hard-hitting linebackers, punishing fullbacks, and — above all — gigantic offensive linemen.

Toby Gerhart graduates? Stanford wins the Orange Bowl. Jim Harbaugh takes the 49ers job? The team doesn’t miss a beat. Andrew Luck graduates? Stanford goes from Fiesta Bowl loss to Rose Bowl victory. As the $17 million, 30,000-square-foot expansion to the Arrillaga Family Sports Center rises behind me — a project at least partially inspired by the newfound success of the football team — Turley’s star seems to be shining brighter than ever.

Paradoxically, although Coach Turley is relatively unknown on Stanford’s campus, he has made a name for himself outside the Farm: he is extensively praised by the New York Times, active in the National Strength and Conditioning Association (his online tutorial on pre-workout warm-ups sells for $29.99 on the NSCA website, if you’re interested) and even given a shout-out by a former player on Reddit.

At the same time, however, the incongruity of the strength coach’s importance and his visibility to those outside of the program could not be greater. When a TV camera shows the strength coach, it will be a first.

Before the interview itself, it was clear that Coach Turley’s reputation preceded him; in fact, he seemed like the archetypal strength and conditioning coach. That implied a few things: toughness, direction and discipline — and especially the latter; during Bennie Wylie’s tenure as Texas Tech’s strength coach, a common punishment for miscreants was to run around the Texas Tech campus holding cinderblocks above their heads.

In his office, it quickly turned out that Shannon Turley is a perfectly nice man, certainly kind enough to invite me into his office for an hour on a beautiful California morning. Although his job entails giving orders to men nearly twice his size, he exudes an aura of reassuring normalcy; if you took the Stanford logos off his clothes, he would have no problem blending into a crowd. But he also has muscles.

As the saying goes, coaches who have never played lack a certain credibility. A former track athlete at Virginia Tech, Turley exhibits a certain economy of movement that seems to be a prerequisite for athletic success, although a little later he will ruefully refer to himself as a “no-talent never-was.”

Indeed, Turley’s commitment to efficiency is reflected everywhere he goes. When entering his office, one wonders, Where did he find space for the chair? The room has windows on three sides looking out onto the weight room, and what remains of the walls is covered with posters, notes, and bookcases stuffed to overflowing. Boxes and boxes of mystery materials are stacked wherever space allows. And while Turley meticulously files and stacks his paperwork, he clearly needs another desk.

There is something vaguely resembling a spaceship in the corner. Turley explains that it analyzes a player’s body composition.

However, what truly stands out to me, even now as I write this, is his ability to speak. Shannon Turley has the rare gift of never being at a loss for words; he talks faster than any man I have ever met; I’ve spent seven or so hours transcribing the interview recording onto Microsoft Word and the final product comes out to 17 pages and more than 10,000 words.

Strength and conditioning coaches like Turley occupy a strange place in the often byzantine hierarchy of college football.

The first thing to keep in mind: “I’m not a football coach,” Turley explains.

At the same time, however, strength coaches are the foundation of the football program, tasked with producing the players that make the difference between winning and losing. From Pop Warner youth football to the NFL, every football coach in America knows that, without players that can compete, his playbook means nothing. After signing Mickey Mariotti from Florida, Ohio State Head Coach Urban Meyer went so far as to say in the New York Times, “You can’t function in today’s era of college football without a superstar as a weight coach… That’s more important than a coordinator or a line coach.”

This importance has only deepened in recent years. In accordance with NCAA regulations, only strength coaches are allowed to conduct conditioning practices during the offseason. Scholarship limits have forced today’s thinner and more short-handed teams to pay more attention to injury prevention as well. For these reasons, strength coaches like Turley have become more critical for programs seeking to gain the upper hand. Although college football has been around since 1869, the first paid football strength coach was Nebraska’s Boyd Epley a full hundred years later; in 2011, the average SEC team (excluding Vanderbilt, which doesn’t report its salaries) paid its conditioning staff approximately $375,000 per year, and Meyer is paying Mariotti alone even more than that.

This surge in salaries is even more reflective of the fact that a strength coach is expected to set the tone of the entire program. The conditioning staff has the most access to the players and therefore the most connections and personal influence.

“We’re not around the coaches all year round,” fifth-year senior linebacker Alex Debniak said. “We’re around Turley and his staff. So I would really attribute a great amount of our personality change to him and him alone, and obviously whoever else works with him.”

Offensive guard Andrew Phillips, who was a freshman during the disastrous 2006 season, explains that when the coaching staff was switched after 2006, changes were immediately felt: there were no more excuses.

“If you watch the [2006] season, we were about five plays away from being competitive in every game, and football’s a crazy game in that those five plays can make a difference. And in our case, watching this team, 15, 20, 30 plays made a difference for a one-win season,” Phillips said. “[When the new coaching staff came,] expectations were raised. It wasn’t, ‘Hey, if we have some time, let’s win a couple football games.’”

Indeed, Stanford is a case in point: the remarkable turnaround of the Cardinal program from 1-11 in 2006 to Rose Bowl champions in 2012-13 could not have occurred with an attitude and cultural change from top to bottom. I ask Turley about this, and he points to the posters behind him: lists of team goals (“covenants,” in football parlance) from different years in Turley’s tenure. The first covenant is approximately the size of a door.

“2008. Another losing team. See all the rules? In our second year we’re still asking guys to believe in and buy into Stanford football, to trust in their coaches and their teammates and the directions of Stanford football; to approach their training, practice, and games with the desire to be great — do you think these are conversations we have to have with our players now?”

According to the unofficial number-one rule of Stanford conditioning, a technician is a teammate who trains and competes with a detailed focus and commitment to the process in relentless pursuit of championship-caliber performance.

How do you turn a cellar-dweller, routinely mocked by those outside of the program, into a confidently imposing college football powerhouse?

Culture change comes from a lot of different places, but often just from changing perspective on the situation at hand. Some are obvious: for example, ever since Pop Warner (who won the 1926 National Championship with the Cardinal, then the Indians) left Palo Alto complaining about Stanford’s academic requirements, the Admissions Office had been a handy scapegoat for coaches and sports pundits alike. Regardless of the reason, there was a sense of inevitability to Stanford’s football program — hover around .500, occasionally make a Rose Bowl, be good enough to beat Cal and nothing more — and in some players’ words, that inevitability bred a culture of lackadaisicalness.

As Turley explains, it took time for the players to buy into the new staff’s vision, especially Turley’s own particular vision of the “technician” ideal. During the first spring (in 2007), the staff literally banned the team from saying “I,” “me,” or “my.” Phillips elaborates on one of the first times he realized that Turley was truly determined to change the attitude of Stanford football:

“Coach Harbaugh has just come in [in spring 2007]. They’re out on the practice field, they’re about to get into a set of sprints, and Coach Turley’s out there in shorts and a T-shirt, and it starts pouring rain, absolutely out of nowhere. Just torrentially pouring rain. And we all start looking at each other like, oh gosh, it’s terrible, oh no, what are we going to do, somebody’s going to tear their groin, it’s going to be awful, we’re going to be cold.”

“And Coach Turley says, ‘Well, boys, sometimes it rains. Get on the line.’”

The rest, to oversimplify, is history.

As Stanford’s players coalesced into a formidable unit of mass destruction, self-discipline was always at the core of that cohesion.

­“There was kind of a lack of mental discipline and a lack of toughness,” said Debniak, who entered the program in Turley’s second year. “A lot of people fell off from the side; a lot of people gave up and quit, and [Turley] kind of weeded us out. And I’m proud to say that I’m part of really one of the first two or three classes that came and really turned things around.”

“I’ve gotten to be a part of great teams and got to know some great people and I love what I do, so it’s not really a job, it’s not really work to me — there’s nothing else I would rather do with my time than this.”

Part II: It pays to be different