Robert Simoni, chair of the Biology Department, recently announced that he would retire at the end of the 2013-14 school year after 42 years at Stanford. Simoni has also taught Biology 41: Genetic, Biochemistry and Molecular Biology for 41 years. 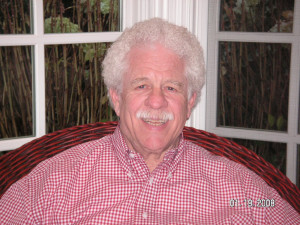 At the end of his last Biology 41 lecture on Nov. 22, faculty and students arranged a surprise celebration that included a performance by the Leland Stanford Junior University Marching Band, white wigs to commemorate Simoni’s signature hairstyle and touching tributes from colleagues including President John Hennessy. The Daily spoke with Simoni about his upcoming retirement and his reaction to the celebration.

The Stanford Daily (TSD): Why did you decide that this was going to be your last year teaching?

Robert Simoni (RS): I’m 74, and, when I first started, it was traditional that people retired at the age of 65—in fact, it was mandatory. Then that changed and then, gosh, I never really thought I’d work this long, but I have in large part because I enjoy teaching so much. But there just comes a time to move on and time for younger people to take over. I have lots of other things I’d like to be doing, so it just seems like the right time.

TSD: What are some of your most memorable career experiences?

RS: Getting a job at Stanford was far and away the most memorable. And [Biology 41]—I mentioned to the class at the end of the celebration that teaching that class has sustained me the entire [41] years I’ve been at Stanford, and it’s really true. I’ve enjoyed teaching it, and it’s one thing that’s been a constant in my entire time at Stanford, and it’s been quite memorable. It’s a large class, and, over the [41] years, it’s probably averaged over 350 students a year, and to be able to have a hopefully positive influence on that many students is really quite wonderful. It’s the joy of teaching.

TSD: What is it about Biology 41 that’s made it so interesting to teach for [41] years?

RS: I’m a biochemist and it’s a biochemistry and molecular biology class, so the subject area is something that has been part of my career in every respect—all of my research and most of my teaching. I just think it’s a wonderful kind of science.

TSD: We saw the video of your retirement celebration—did you know that was coming at all?

RS: Oh gosh no, it was a total surprise. And in part because the first thing was that the Band came in and, you know, it was the Friday before Big Game and oftentimes the Band has come into my class—it’s a large class so it’s sort of a Big Game promotion—so that part wasn’t so much a surprise. But then I saw all my faculty colleagues and people I know well come in wearing white wigs, which was sort of a tip off that this was going to be something else.

TSD: So what was your reaction when you realized that the celebration was thrown to commemorate your career?

RS: To me, it was quite moving. I got a little verklempt and didn’t know quite what to say. It was quite a touching experience for me, it really was.

TSD: What are your future plans for the rest of this year and then after this year?

TSD: What are you most looking forward to in your retirement?

RS: Spending more time with my grandchildren. Travelling a bit. I have a couple of small writing projects I’d like to do. And not having to keep a schedule.

Jana Persky is the president and editor in chief of Volume 246 of The Stanford Daily. She previously worked as a sports desk editor, news desk editor and managing editor of staff development at The Daily, and is majoring in Public Policy. Jana is a junior from New Canaan, Connecticut, who doesn't want to tell her mom and dad she likes the West Coast better. To contact her, please email [email protected]