In light of virtual learning, many students have decided to take a leave of absence for the 2020-21 academic year, with 378 students in Stanford’s frosh class alone taking gap years. Stanford students on gap years are spending their time off in a variety of different ways.

Some, like Megan Rogers ’23, are pursuing gap years that fit neatly into their academic and career goals.

Rogers is pursuing her interest in earth systems in a slightly untraditional way. Living in a converted RV on the Oregon Coast, she is working at a cranberry bog through the Willing Workers on Organic Farms (WWOOF) program, where people work on organic farms in exchange for room and board.

“As an Earth Systems major and someone deeply interested in the sustainability of American food systems,” Rogers wrote to The Daily, “I was really drawn to the opportunity to learn more about crop cultivation and animal-raising.”

Rogers has only filed for a leave of absence in the fall, and may return to her academic work later in the year.

Katherine Zhang ’23, another earth systems major, wrote to The Daily that her gap year pursuits in sustainability “are certainly related to [her] academic goals.”

Zhang is currently pursuing a culinary certification, with a hope to “specialize in plant-based/environmentally conscious cooking,” while also doing a remote internship with the Florence Fang Community Farm in San Francisco, California.

Despite her work’s relationship to her major, Zhang said that she didn’t design her gap year with professional development specifically in mind.

“I wouldn’t say that I’m using my gap year to purposefully build up a future career,” Zhang said. “I honestly don’t know what I’ll end up doing with that [culinary] credential.” 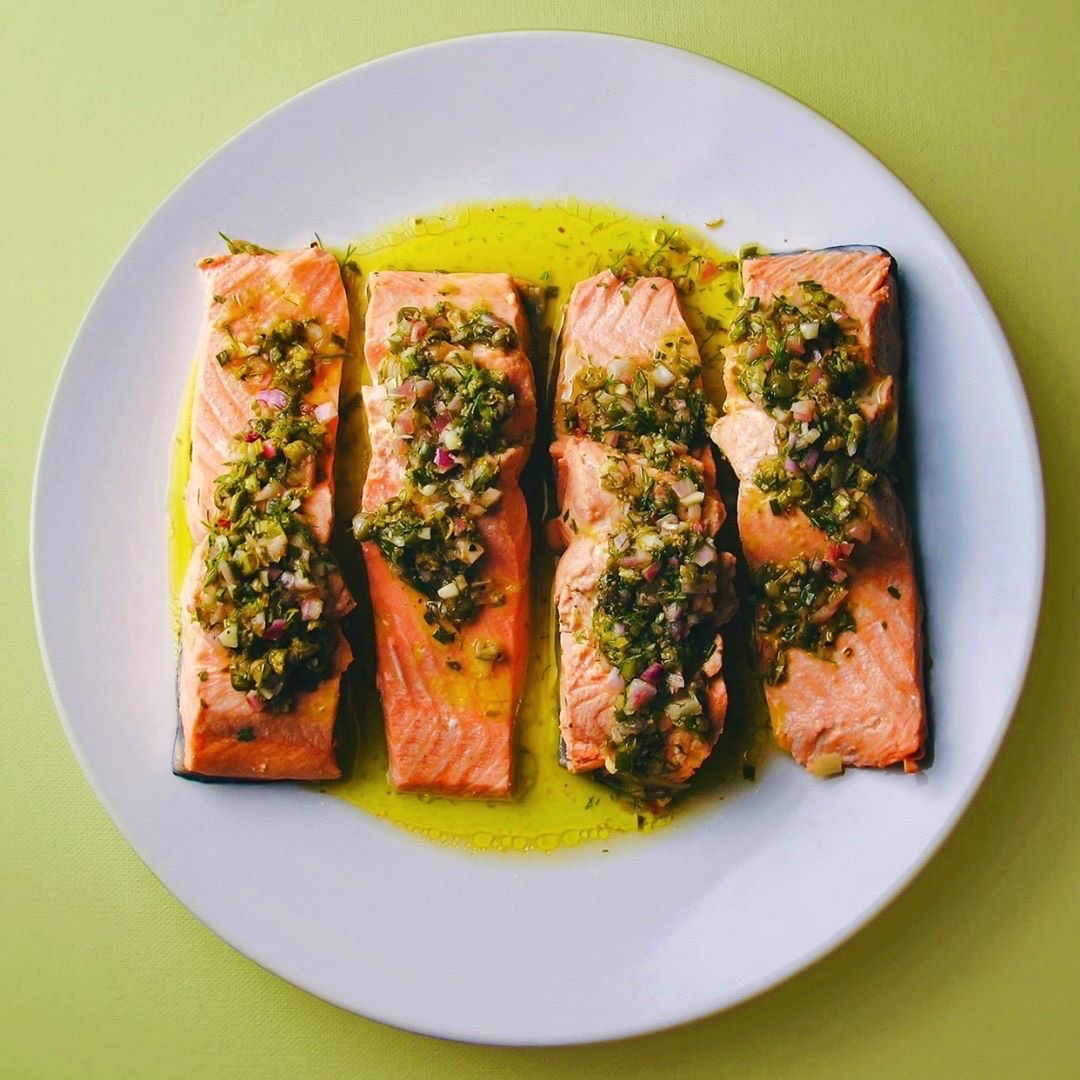 Food cooked by Zhang during her culinary program. (Photo courtesy of Katherine Zhang ’23)

Sarah Griffin ’23 and Hardik Patil ’25 are pursuing career-related gap years, although in very different ways. An international relations major who is “interested in NGO and non-profit work,” Griffin is volunteering full-time through AmeriCorps for Downtown Streets Team, a non-profit organization that offers community services for people currently experiencing homelessness. She is working to build a volunteer infrastructure, saying she “wanted to have a direct impact on different communities.”

Patil is focusing on his passion: entrepreneurship.

“Entrepreneurship is kind of my first priority,” he said, which is why he is taking the year to work on a start-up, called Walnut.

Patil said the idea behind Walnut is to create an “out of the box solution” to digital newsletter and article publication where creation is accessible to all, regardless of technical experience. He hopes to one day make a career out of his interests in product management, entrepreneurship and start-ups.

“I don’t even know if I am going to graduate,” Patil said, adding that if a business venture came along under “the right circumstances, and the right time” he could see himself taking another gap year or dropping out in order to pursue it.

Not everyone’s gap year pursuits are connected to their future goals. For Christian Martin ’24, when deciding whether to spend his gap year as a stable boy, he asked himself, “Man, why not?”

Martin, a freshman-year walk-on to the Stanford polo team who has written a Daily op-ed, is spending part of his gap year as a horse stable boy in New Orleans. Originally from New Jersey, Martin found his job by emailing ranches and polo clubs throughout the Southern and Western parts of the United States.

“Why not uncover a part of the country I really don’t know?” he said.

Now Martin wakes up everyday to feed horses and learn about their care.

“I love it,” he said. “But, that’s because I have just loved learning about horse care.”

Remote classes strongly impacted some students’ decisions to take a year off. Martin said that he did not “want a discounted experience” of remote coursework without campus life. Rogers shared a similar sentiment, explaining that for her, Stanford is more than just the academics — it’s the people.

“Spending spring and summer at home without any of the friends I made freshman year made me realize that much of the joy I got out of my classes and clubs was fueled by my connection to my peers,” Rogers said. 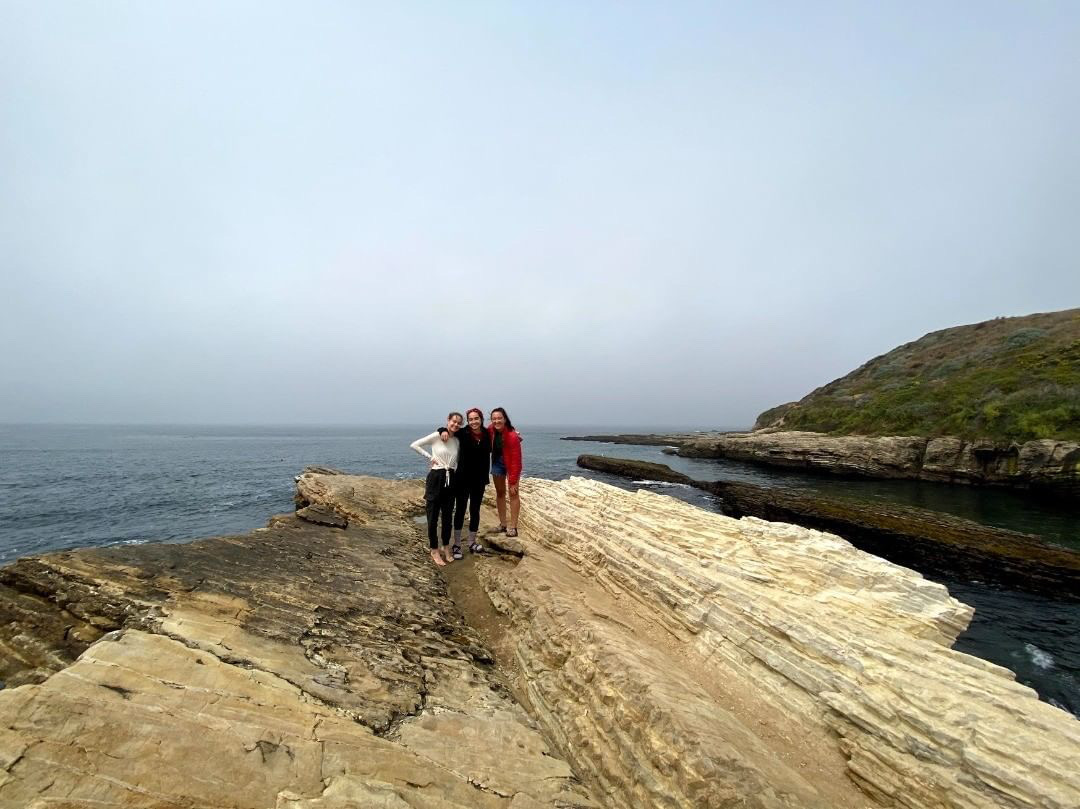 Rogers and her friends. (Photo courtesy of Megan Rogers ’23)

Aversion to online courses and other challenges have led some students to take a gap year without a concrete agenda. Hagar Gal ’22 is keeping busy, working as a research assistant and preparing for her honors thesis on the 19th century opium trade, but otherwise, she does not have a strict plan. She is considering pursuing an internship, but if she doesn’t find one, “it’s not a big deal,” said Gal, who has also written for The Daily.

“It boiled down to pushing through the year as normal or take a gap year,” Gal said. While she knew taking classes “wouldn’t be great,” taking a gap year “had the potentiality to be good.”

However, she added that deciding to graduate later than planned was emotional: “It was painful for me to put the [post-graduation] plans…on hold.”

Griffin was similarly concerned about graduating later, perhaps without some of her friends. “It was one of my main considerations,” Griffin said. However, she realized that “from a practical standpoint, so many people are taking time off” and “a lot of people are not going to graduate when they expected to.”

Student gap years can also be challenging because they often come with a lot of uncertainty, according to Gal.

“This is definitely not what I thought I would be doing even a couple months ago, and it feels weird to put my academic education on hold after hustling so much before,” Rogers said. “I see this as a leap of faith.”