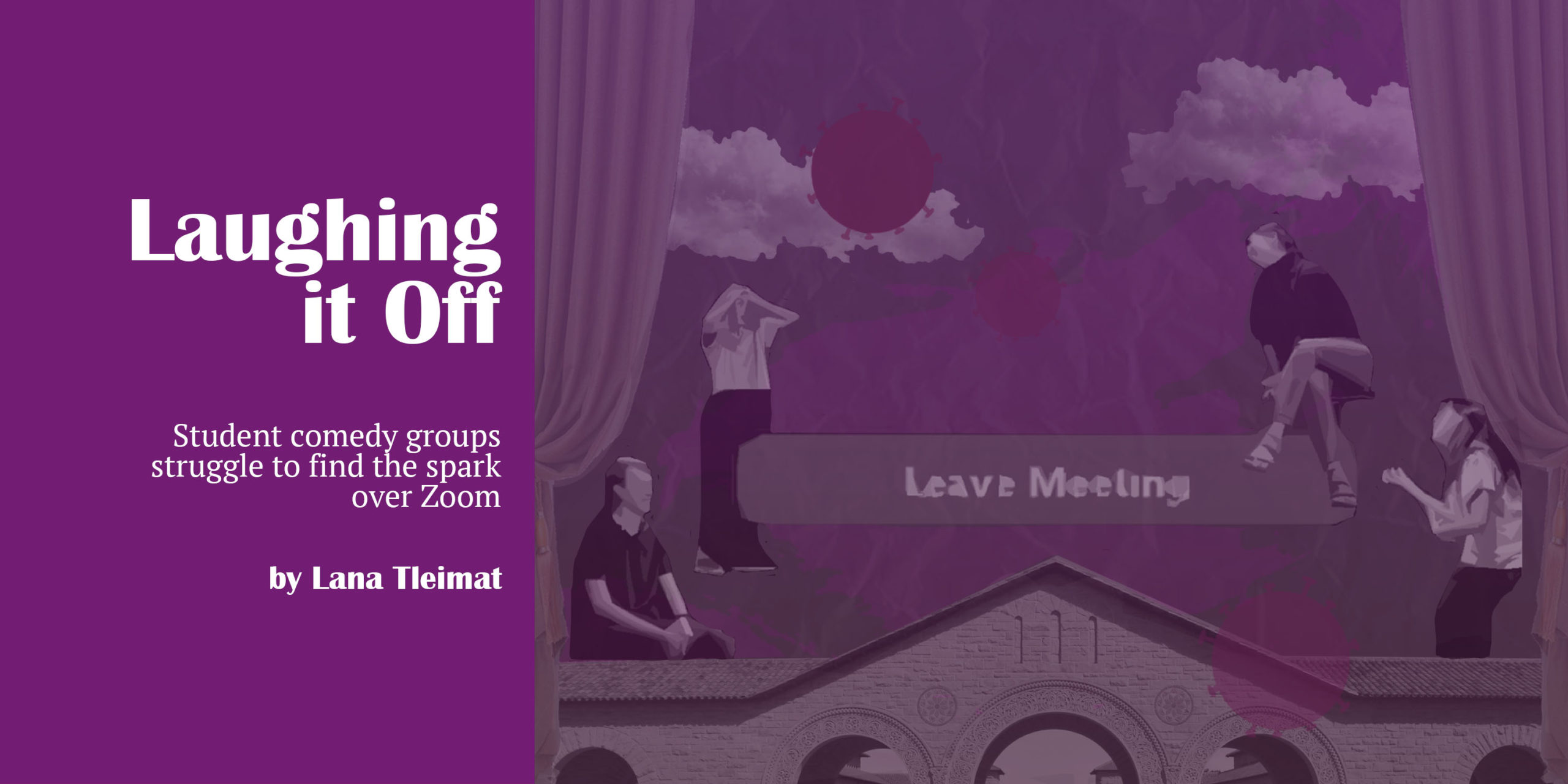 Picture this: it’s 18,000 years ago (give or take) at a socially-near activities fair in White Plaza. Everything is folding tables and glossy paper. Freshmen take shaky, baby deer steps to the clubs that they will one day run. Something about it makes you want to burst into song — it must, because why else would there be so many freaking a cappella groups? A few tables away, someone is turning lazy circles on a segway, circles that get tighter and tighter until a few nervous frosh are trapped, corralled to a table labeled, ‘The Stanford Flipside.’

“This year we weren’t able to do that,” said Flipside co-president Gracie Newman ’21. “So consequently our numbers have diminished, slightly.”

An activities fair stunt is a silly thing to miss, all things considered. But for Stanford’s comedy groups, silliness is foundational.

“A lot of the enthusiasm that comes from contact with people has been sapped out,” said Ben Davidson ’21, Flipside co-president alongside Newman. “Maybe because it’s all virtual or maybe just because living in a pandemic is kind of a sucky situation.”

“Make sure you get down that hot take, that the pandemic is sucky,” Newman added.

Back when paper still existed, The Flipside (“Free everywhere, $2.30 Canada”) was probably most recognizable as the soiled flyer stuck to the middle of your dining hall table, with headlines like “Sorry I Killed Your Uncle During My Self-Care Day” and “Code Addict Does Another Line.” The voice of their articles speak to a certain energy that the group possesses: that of friends and colleagues trying to outdo one another under fluorescent lights, whose goofing off somehow coalesces into a finished product.

Unfortunately, the magic of a writer’s room requires not only writers but a room; this past year, The Flipside has, like the rest of us, been forced to adapt to distance. What was once a whiteboard in a crowded conference room in Old Union is now weekly Zoom meetings and a shared Google Doc.

“I really miss the joviality of in-person meetings,” said Newman. “You have that in-person camaraderie which I think is so… college. So pivotal to the college experience. I miss that.”

Performance groups get the hook

As a group whose main output is written content, The Flipside has been lucky enough to continue doing what they do best, albeit under slightly more apocalyptic circumstances. But for comedy performance groups like sketch group Robber Barons, the transition hasn’t been quite as simple.

In another life, Stanford’s Robber Barons wrote, produced and acted in an hour of sketches each quarter for whoever felt like walking to the Geo Corner. But when life went online the group opted not to continue performing live. In the absence of live shows, video sketches have become their primary output. Still, it’s a struggle to coordinate projects over so much distance.

“Obviously, you can’t interact with each other. So it just really limits what you’re able to do,” said Jeffrey Propp ’21, executive producer of Robber Barons.

The group has continued meeting and writing, but so far hasn’t released anything they’ve produced.

“It’s kind of gone from like, ‘A ton of people are gonna see this, and it’s gonna be super fun,’ [to] more like, ‘Alright, we’re happy with what we’ve made,’” Propp said.

The group has found it challenging to generate buy-in among its members, and some have chosen to take a step back, which Propp says he understands.

“For people’s sanity… you don’t want to ask too much,” he said.

The Stanford Improvisers experienced a similar decline in active membership.

“A lot of people kind of dropped off,” said Cameron Most ’21, a member of SImps’ leadership. “It’s more difficult to be engaged online.”

In the Before Times, their 20ish SImps filled theaters with students for frequent full-length improv shows parodying dramatic tropes, from Shakespeare to Hallmark movies. They thank the audience for their suggestions (would it be improv without suggestions?) and get to work building characters, relationships, scenes and entire plots … somehow. It might actually be magic, the way their performers craft a story from practically nothing.

“So much of the excitement of improv is being on stage with another person and responding to them.” said Most. “We have to figure out some other way to get that energy.”

Since quarantine began, SImps has had to adapt their performances to the new format.

The clunkiness of Zoom interaction has forced them to perform shows with more structure and planning than they —  as improvisers — are used to. But SImps proves that creativity thrives under limitation: They’re using this as an opportunity to experiment. The group is devising premises better suited to video calls and learning how to perform without the obvious boon of their physicality.

“Something that’s been weighing on my mind a lot has been like, how is this gonna affect future years?” said Propp.

Both performance groups have grappled with the question of how to introduce new members into an organization they themselves barely recognize. The Robber Barons decided not to accept applications for new members this year, as Zoom makes it harder to “get a good sense of people’s background or experience.” SImps has delayed recruiting new members until the end of the winter quarter.

Propp discussed having worries that the gap in recruitment might have negative impacts on the organization, but was ultimately hopeful that they would overcome them.

Stanford Women in Comedy hasn’t been so lucky. “It’s a very young organization, so it doesn’t have this grounding, socially or fiscally, that other clubs do,” said Flipside’s Newman, who also serves as co-president of Women in Comedy. Founded only two years ago, the group planned its second annual comedy festival for spring 2020, which was of course canceled. Newman expressed uncertainty about the group’s survival.

If I’ve learned anything in the past year, it’s that the future holds no guarantees. Like everyone else, these groups only survived by adapting. But their new normals can’t begin to compare to pre-pandemic life. Comedy is built on a foundation of empathy, and producing a certain reaction — laughter, for instance — means considering the audience, what they know and how they feel. Is it so surprising that groups whose whole purpose is to be funny, to produce an emotion in other people, struggle when separated? Because making jokes is all about other people, really: the way it feels to make someone laugh, the electricity between two actors on stage, the worlds created when writers sit at the same table. And there’s no replacing that.

Lana Tleimat '23 (... maybe '24) is the Vol. 260 executive editor for digital. She was formerly managing editor of humor. She is from Columbus, Ohio, and isn't really studying anything. Contact her at ltleimat 'at' stanforddaily.com.