Stanford students either have a startup or a personality, study finds

The GSB Behavioral Lab has just published its findings from a study polling Stanford students who self-identify as “entrepreneurs.” The results have found that many participants’ answers in varying categories were shockingly similar.

Surveys on social media habits have revealed that an average of 97% of participants follow either Elon Musk or Evan Spiegel on LinkedIn, while 100% have reported having liked at least one tweet by Naval on Twitter.

Only 9% of participants reported having complaints about a lack of diversity in the founder space, of which 90% are women. 76% of founders report asking a friend to sign an NDA. 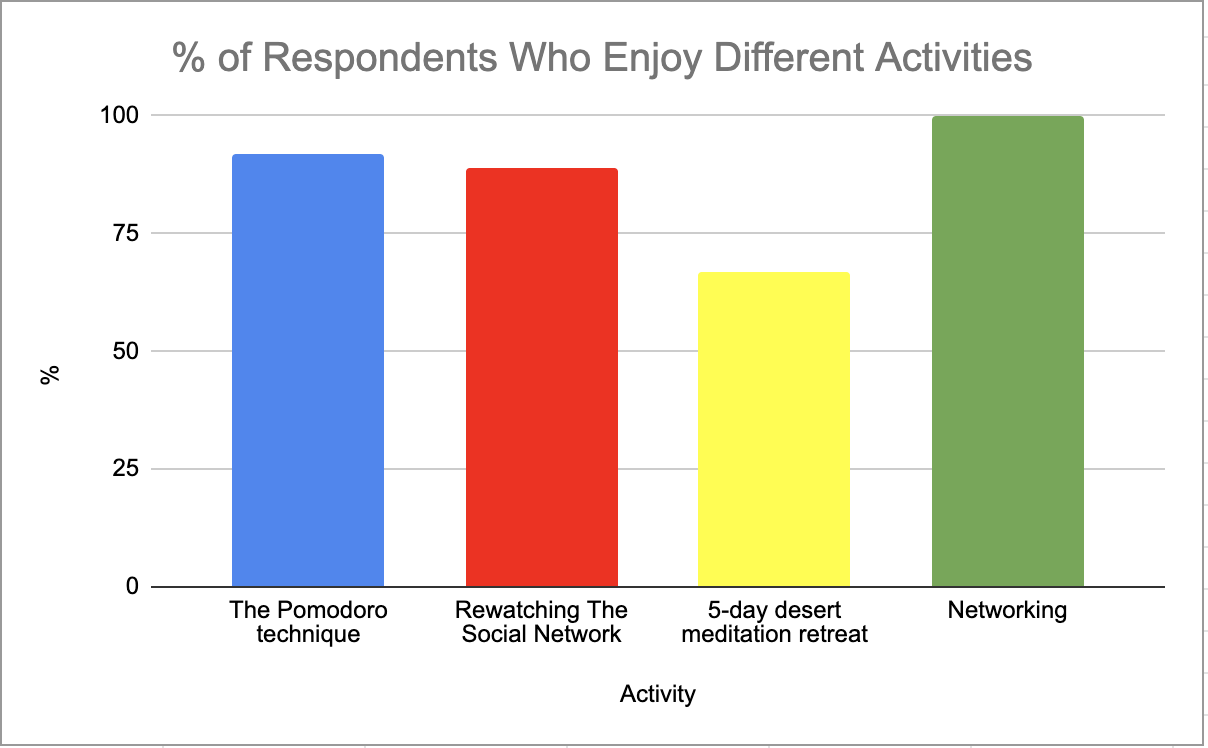 When polled on their favorite pastimes, it was revealed that many respondents shared eerily similar hobbies, with “Networking” and “The Pomodoro Technique” being the most popular among student entrepreneurs. Other notable responses have been in reference to the “Museum/Museum-like activity” category, namely visiting “VCs on Sand Hill Road” and “The Google HQ.” Patagonia and Verve Coffee Roasters were also locations referenced by respondents as places they frequent, preferred by 55% and 34% of participants, respectively.

When generating a breakdown of participants’ majors, researchers weren’t surprised to see that 69% of respondents were majoring in Computer Science and 20% in MS&E, while 11% reported that they were more likely to drop out and that declaring a major was not worth their time.

When asked for a description of their business, 82% of responders referenced an app created with other Stanford students, while the remaining 18%’s responses cannot be disclosed due to the signing of NDAs. Though this information was not shared with The Daily, we were able to deduce that 85% of these apps do the exact same thing. The other 15% are probably dating apps.

Lastly, results in the “Personal Life” category revealed that 72% of respondents have heard from a friend or family member that they have “controlling tendencies” or “trouble with authority.” 96% reported that they are single, while 100% said that they have three or less close friends, at least two of which are involved in their business.

Editor’s Note: This article is purely satirical and fictitious. All attributions in this article are not genuine, and this story should be read in the context of pure entertainment only.