Former Palo Alto resident Remi Wolf opened her 2022 tour at The Regency Ballroom in San Francisco on Jan. 24. Wolf, who went to school only two minutes away from Stanford at Palo Alto High School, greeted the S.F. crowd with her usual attire. Sporting her iconic bucket hat, Wolf lit up the stage both literally and figuratively.

Wolf made it known that this was a tour for her debut album, “Juno,” by playing “Liquor Store” right off the bat. The song details Wolf’s journey with alcoholism and the tightrope she often walks in relationships. “Liquor Store” might seem like a heavy track for an album opener, let alone a tour opener, but it works. Wolf has consistently won over her fellow Bay Area residents by leaning into her personality and being completely honest.

​​Wolf has long said that although she’s a nice person, she likes to yell at people. When she learned that she could sing and yell at people on stage and make money, Wolf realized performing was the perfect career for her. She showcased this energetic style when she sang “Sexy Villain.” She tippy-toed all over the stage during the post-chorus.

When singing “Grumpy Old Man,” Wolf oozed joy through her dancing. The crowd was caught up in her excitement, singing along word for word. Lyrics like, “I’m so defensive there are things over there that I do not know about” had the crowd relating to Wolf. She had an incredibly strong hold on her audience as exemplified by “Buzz Me In.” Throughout most of her performances, the stage lighting alternated between green, yellow, red and purple, but as “Buzz Me In” progressed to its slow bridge, the lighting stopped switching as frequently, and the purple lights created a more mellow mood. 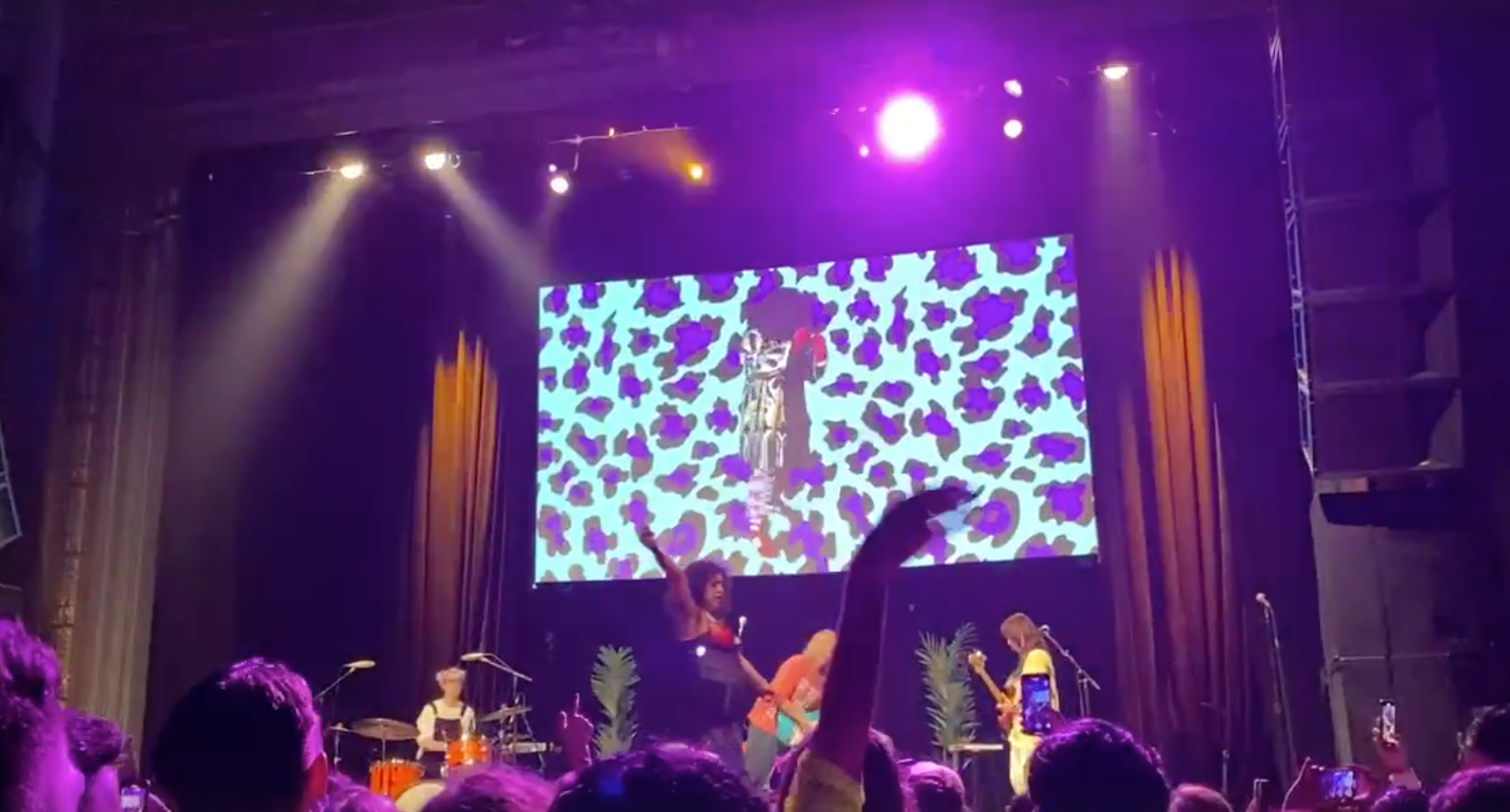 The crowd always was eager to engage with Wolf and her band, especially through call-and-response. At one point, one of her bandmates was leading the crowd in manifestations. The manifestation “I am in the right place doing the right thing” was surely the mantra that all her fans left the concert with.

Although she performed largely from her “Juno” catalog, Wolf’s homage to her greatest hits — including “Shawty,” “Monte Carlo” and “Photo ID” —  cemented them as fan favorites. Following these classic tracks was a powerful rendition of “Liz,” a song Wolf has played since some of her earliest live performances.  Before Wolf finally released a studio version of “Liz” on Spotify and other streaming platforms last year, fans had to go to one of her live performances to listen to this song.

Although fans can now listen to “Liz” on most streaming platforms, there are still many reasons to attend one of Wolf’s shows. Her slow rendition of “Street You Live On” and surprise song covers (all solicited from her RemJobs, her fanbase) highlighted her growing performance prowess. Wolf will continue touring throughout the first two months of this year before joining Lorde’s Solar Power tour.

Editor’s Note: This article is a review and includes subjective opinions, thoughts and critiques.

Richard Coca '22 has previously served as editor of The Grind for volume 258, managing editor of Satire in vol. 257, and CLIP Co-chair in vol. 255. He is majoring in Human Biology and minoring in Anthropology. Contact him at rcoca 'at' stanforddaily.com.